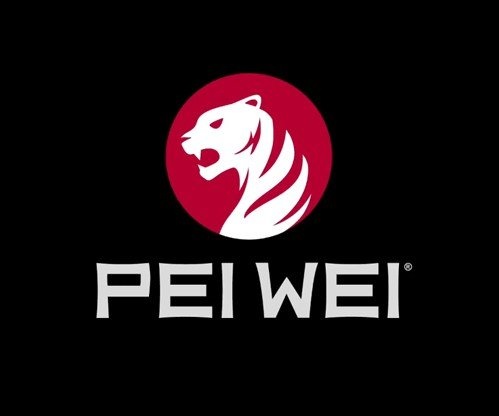 I hadn’t actually gone to Pei Wei till recently, and I must say I was shocked at how many options they had after I dug around and found everything they had for us vegans. They have far more vegan options than basically any other chain (Asian-food) restaurant. They have waaay more than Panda Express or Manchu Wok for example.

Pei Wei even clarifies on their nutrition/Allergy statements about certain things such as whether or not a sauce has honey in it or if their honey-glaze contains actual honey (it doesn’t). So thanks for that Pei Wei.

Pei Wei’s menu isn’t completely standardized from every location apparently as each one has a different menu, so I’ll just be listing the items that are generally available at all Pei Wei’s throughout the United States. Their international locations don’t have listed menus and might not have as many options.

And yes, you watchful vegans you, the Honey seared tofu is vegan, they don’t actually use honey in it.

Vegan-Friendly Side Options at Pei Wei:

That’s everything that’s at most to all Pei Wei’s that’s vegan. Some of them may have another specific regional item or limited time item, but generally the above will be the only vegan things they have.

Which I’d say is pretty dang good, I mean they have THREE vegan entree options, some salad, and of course rice! That’s more than almost any restaurant out there actually.

Now, I’ve seen some other websites and folks saying certain non-vegan items are vegan, so I’d like to clarify that they aren’t vegan.  The Vegetable spring rolls usually contain eggs, as found on most of the store’s allergy menus. So they aren’t vegan.

The Teriyaki sauce they use contains honey, so the Japanese Teriyaki Bowl for example is not vegan.

The wontons all contain meat, so the wonton soups for example are not vegan despite having no non-vegan allergy ingredients, and thus seemingly vegan on the surface. But they aren’t.

Finally, the Fortune cookies contain Eggs so skip on that little free dessert at the end of the meal.

So how does Pei Wei look for a Vegan? I’d say pretty dang good.  It’s probably one of if not the most Vegan-friendly (non-vegan) fast food place out there.

Not only is the company seemingly vegan-friendly and non-aggressive towards us, but more than willing to put out multiple vegan options.

You can not only have a good meal at Pei Wei as a vegan, but multiple different ones and quite some variety.

Just order one of the three vegan entrees, maybe get some extra rice if you eat big and love to carb up, and make sure to skip the Fortune cookie at the end since they contain eggs.