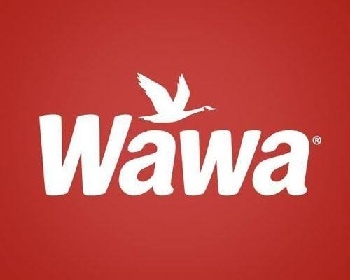 Wawa is a Truck-Stop/Gas Station that has a food cafe inside with some pretty dang good vegan options including smoothies, burrito bowls, sandwiches, as well as some other vegan goodies.

Due to it, well, being a truck-stop/gas-station you can also find plenty of vegan snacks to add to your meal, but that’d be WAY too many things to list out, and they vary by location, so in this article we’ll only cover the “fresh” vegan food and unique vegan drinks that Wawa sells.

Alright, we’ll also cover some standard snacks most Wawa’s will have and briefly cover some vegan candies they should have for dessert.

You can get most of the above options any time of the day, so don’t let me labeling them “breakfast-y” get you down. As for the Bagels, they don’t have any vegan cream-cheese for them, but they do have many types of nut-butters, including of course peanut-butter, but also tastier nut-butters like Jason’s Almond Butter. Keep in mind the nut-butters are in the regular “snack/grocery” part rather than next to the bagels in most cases. Go searching!

Wawa also has plenty of soft-drinks/sodas/etc that are vegan, however those are pretty much always vegan, so I’m not going to list them above. It’s rare for anywhere but a coffee shop to have vegan creamers and milks, but Wawa does it — and it’s great!
Wawa’s smoothies should normally be 100% Vegan, however I’d advise confirming this with them just to be sure. If they aren’t you can always make them vegan with some substitutions.

Build Your Own Hoagie (Sandwich):

Build Your own Burrito or Burrito Bowl:

As always I’d highly recommend just smashing an avocado sandwich with some veggies added into it; they’re fantastic every single time at every single place I’ve ever had them at. But if you’re feeling more adventurous, the burritos and burrito bowls are quite adequate, not quite as good as places like Qdoba or Chipotle, but I’d say on-par with places like Baja Fresh.

There’s obviously oodles of vegan-friendly bags of chips and little things in their grocery/packaged-foods area, but there’s way too many to list out. There’s tons of vegan options there though, just give the product a quick google if you aren’t sure if it’s vegan or not and I’m sure there will be an answer on if it is or isn’t; after-all that’s pretty much what this site is for other than vegan-friendly restaurant menus.